Do NOT follow this link or you will be banned from the site!

Hazrat Sultan Bahu (r) says in sultan bahu books that who read my sultan bahoo books regularly he don't need any live Murshid/spiritual guider. In this site Most popular sultan bahoo books like; Rasala-rohi-sharif , Kashf-ul-Asrar, Majalsa-tul-Nabi, Malfuza-ta-Sultan-Bahu (r), Tasavvra-i-Asmi Allah Zat Ka Tarika, Panjabi Kalam-i-Bahu (r), Noor-ul-huda (Qalan) and all other original sultan bahu books are available for free reading All original written by haq bahoo (r) were collected with hard work in original Persian language format of hand written formation and also justified that all these are Hazrat Sultan Bahu (r)'s written and then translated in Urdu language by Dr. K.B. NASEEM: Lahore, PAKISTAN. This work was started before 1982 and first book was published in 1982. In this our site these sultan bahoo books are present in both Persian and Urdu language, On each page write side Persian is written and in left side Urdu translation is present, So you can easily read in both languages, These sultan bahoo books are also available in printed shape Read Books in Urdu English 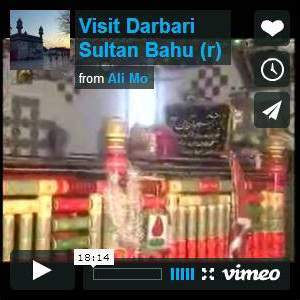 Hazrat Sultan Bahoo (R) is from the progeny of Hazrat Ali (RA) and is a direct descended from Hazrat Ali (RA). Traditionally according to the law of the land he is Hashimi and belongs to the tribe of A'wan. Historically the A'wan tribe trace their descent to Ameer Shah, son of Qutub Shah whose family lineage is traced back to Hazrat Ali (RA). haq bahoo (RA) family genealogy is traced as follows:
Read more English.!     Read in Urdu!
haqbahu Top
Books

Method of Tasaver-i-Asmi Allah Zat | Meditation | Visualization of the Personal Name of God
Read in Urdu!      Read in English!

How you can Get spiritual power from  Hazrat Sultan Bahu (r) directly  Read More in
Urdu!     English!     Arabic!

All Abyat Punjabi kalam bahoo haq bahoo (r) & in English, Roman and as well as in Urdu Read in
Punjabi!

Al Abyat Punjabi kalam sultan bahu in English, Roman and as well as in Urdu Read in
English!     Roman!

Hazrat Mola ImamAli (a) and Panjtanpak (a) Videos;
Read More..!

All photos of Shrine, Darbar sheriff inside and out side plus ebooks
View All Photos..........!

All world of All Countries TV Channels you can watch and steam online
Read More!

How can get spiritual power, What is faqr, faqeer, Tasver, find true Spiritual guider, signs of true faqeer, how you can bait haq bahoo (r) Read!

Add you comments about our web site
Add your comment!

Download and Get Free Scripts, Software Like Hit Counter, Users /Most Users Online & other for Your Web Easy to Install Get Free

We remember the blessed name of that Pure Personality sultan ul faqr, who is the Fifth Sultan ul Faqara; on him Faqar and Marifat reaches its Ultimate end; his blessed name in itself is unique and matchless and proves on his Pure and Supreme calibers.

Whose name is this that has come on my tongue, O God!
That my utterance kisses my tongue before pronouncing it!

Hazrat Sultan ul Arifeen Hazrat Shaikh Sultan Bahu Qudas Sirruhul Aziz was born in a village in the town Shor Kot of District Jhang of the Punjab Province (of Pakistan) in 1039 (H). It was the era of the great Mughal King Aurangzeb Alamgir. His respectful father, Hazrat Muhammad Bayazid Rahmatullah Alaihi, was very righteous, observer of Shariyat, Hafiz of Quran, expert in issues pertaining to Fiqah and was the special commanding officer of the Mughal Sultanate in his area responsible to important things representing the state. His respectful mother, Hazrat Bibi Raasti Rahmatullah Alaiha, was a Perfect Wali Allah. Besides his being the Master of Capacity of the Fazal of the Azal the Born Wali Allah, the Ability handed over his highness to the lap of that Lady with Pure Inward for his Outwardly, Inwardly, Real and Abstract training and education, ......in our free online ebooks Read More........!

Since every Sukhan (Word) of the Arif is the Noor of Hazoor, he himself is the Kaleem Ullah Fanaa-Fi-Allah (Destroyed in Allah) Baqaa-Bi-Allah (Reborn with Allah). In addition, all works of the Arif are of Hasbata Allah. The more a person Arif is, the more humble he is! And [further] the Arif is not ignoramus (unaware) of the Outwardly and the Inwardly Ilm. Their affairs (Ahwaal) are exactly alike the fable of Hazrat Musa Alaihis-Salaam (Moses) and Hazrat Khizar Alaihis-Salaam that: Hazrat Khizar Alaihis-Salaam broke the boat and killed the kid and erected the wall!

"No action of the wise (Hakeem) is without Hikmat".

Thus, only that person knows the difference between this Tareeqat and the Tahqeeq with Taufeeq, who is the companion of Haq. The True-Seeker should be of the People of Sidq, not of the atheists.

[O True-Seeker] Lo! The enemy of the Faqeer Kaamil and the Ulema-e-Aamil is never without three philosophies: either he is a jealous schemer, or is untruthful or is hypocrite from the People of Disease as Allah Almighty says: In their hearts is a disease, and Allah increased their disease. A painful doom is awaiting them because they lie (2:10)

Which cure is there for this disease? The treatment is this that the Murshid should give him the Treasure of Deen so that he should become Laa-Yuhtaaj in Deen and should take Mushahida of the Majlis of Hazrat Muhammad Sal Allahu Alaihe Wa Aa-lehee Wa-sallam in the Inward. This is the ascension for him. Thereafter, he should take him out of the disease of discord (Nifaaq), Bidat and Istadraaj because for the Aalim-Bi-Allah, illuminating each and every Martaba, showing the wealth of Tasarruf without travail and pain is easy a thing within a week or five days but for the Naqis (Imperfect), doing this is very tough and hard even in his entire life!

And when I crossed across the "two", I became "one".

Faqeer, whatever says, says as per a certain calculation which bears countless Sawaab; the pure of the Inward and is the just with Nafs and is against the bragging. At this Station comes the Faqar-e-Ikhtiyari because Hidayat is in the control of Favor and the trustworthy Ghanayat is the grief-reliever that should be before Hidayat. Without the Martaba of Ghanayat, grumble remains on the tongues of the people and they narrate with complaint.

Faqar is of two kinds: One is Faqar-e-Iztarari, that is, Nigun Saar (that falls down straight) against which refuge in Allah has been sought in the Hadis. This is that Faqar, which is imposed by Allah on a person due to his wretchedness or because of his wrong doings. Such Faqeer begs on every door and cries and does a shameful act by begging from others. This Faqar is that which is not chosen by a person with his will. Other is Faqar-e-Ikhtiyari in which is chosen by will by the high-spirited Faqeers who choose Faqar in spite of the fact that they possess power, authority, the pomp of the world, power and pomp but they prefer Faqar and become Dervish in order to win the gladness (and accreditation) of God. They are not compelled by worldly circumstances but they choose Faqar as their own will. This is that Faqar on which Hazrat Muhammad Sal Allahu Alaihe Wa Aa-lehee Wa-sallam has taken pride. 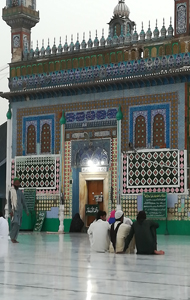